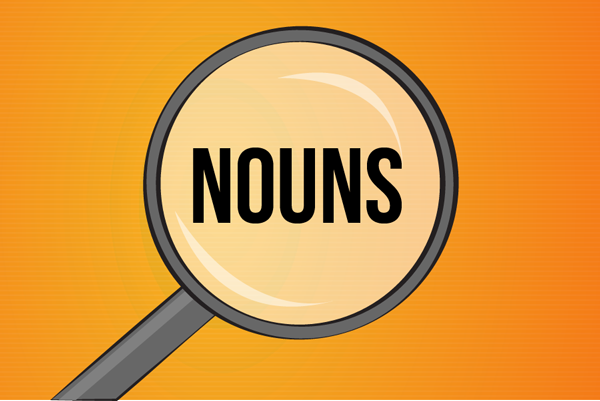 As you probably know, there are many different varieties of dragon, such as big, small, grumpy, happy, purple, green, and hungry. Similarly, nouns come in a few different shapes and sizes. “Nouns – A Spotter’s Guide” has been written to help you recognise and identify all the different species of noun you may encounter out in the wild.

However, in addition to your plain old nouns, there are also pronouns, possessive pronouns, and proper nouns. Let me introduce them to you…

What is a Possessive Pronoun?

What is a Proper Noun?

A proper noun is the specific name of a person or place. In English, proper nouns are always capitalised, which is a handy giveaway if you’re trying to identify them!

Examples: My name, “Emily”, is a proper noun. My dragon’s name (which would be “Fergus”, if I had a dragon) is also a proper noun. Brisbane, Sydney, Hobart, Timbuktu, Dragontopia – all are specific place names, and therefore proper nouns. However, “mountains”, which refers to mountains in general, rather than being the name of a specific location, is not a proper noun.

Now that you know about nouns, is there anything else of a grammatical nature you would like me to write about in a future post? Comment to let me know!

What would you call your pet dragon, if you had one? Is Fergus a lame name for a dragon?